Defining a Drop in the Stock Market

During downturns in the stock market, watching your portfolio lose money or your retirement accounts shrink is not a good feeling.  However, those are still unrealized losses as you have not exited positions.

News that the markets plummeted for several days can make investors emotional which is a dangerous place to be when looking at investments. Such drops, while not that common, can be scary because it’s impossible to predict how severe or long-lasting the losses will be.

Until it is complete, and we can look back on the entirety of the event, people will argue what to call it.  Is it a correction in a bull market?  Is it a crash? Or is it the start of a bear market? Don’t worry about the near-term language, instead understand what’s causing the market to fall. As it could help you prepare for the market’s next move up or take advantage of lower stock prices in the interim.

Investors have many words for a decline in the stock market. The words distinguish the length and severity of the fall.

A dip is any brief downturn from a sustained longer-term uptrend. For example, the market may go up 5%, linger, and come down 2% over a few days or weeks.  These types of downturns are usually just blips on the radar and largely go unnoticed by retail investors.

A crash is a sudden and very sharp drop in stock prices, often on a single day or week. Sometimes a market crash foretells a period of economic malaise, such as the 1929 crash when the market lost 48% in less than two months, kicking off the Great Depression. But that’s not always the case. In October 1987 stocks plunged 23% in a single day, the worst decline ever, before roaring back over the next year. Crashes are rare, but they usually occur after a long-term uptrend in the market.

A correction is often defined as a 10% drop in the market from recent highs.  Corrections can last anywhere from days to months, or even longer.  While damaging in the short term, a correction can be healthy, adjusting overvalued asset prices and providing buying opportunities.

A bear market is a long, sustained decline in the stock market. Once losses surpass 20% from the market’s most recent high, it’s considered to be a bear market.  The causes of a bear market often vary, but in general, a weak or slowing or sluggish economy will bring with it a bear market.  Bear markets can be cyclical or secular. The former lasts for several weeks or a couple of months and the latter can last for several decades.

Investors use these terms to describe the market as a whole, but individual stocks experience the same phenomena, and usually with much more volatility. Whereas it’s a big deal if the market declines 10%, it’s not unusual to see a stock plummet 20% or more during that period. 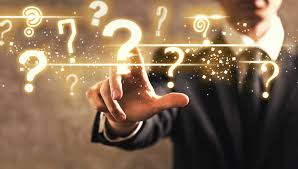