Number one is going to be dividend income from stocks. Remember stocks can be an appreciating asset meaning that you’re buying them in hopes that they’re going to go up in value so when you look to sell them the next person is going to pay you more for that stock.  The other type of stock is a dividend stock which is a cash flow asset because it’s paying you something to actually hold the asset in this case a dividend.

Number two is earned income from a job.  Remember if we just have a job and that’s our only stream of income or cash flow then that job ends up meaning just over broke so, yes earned income can be a stream but it cannot be the only stream.

Number three is real estate.  Real estate’s always a good source of income and a good way to create wealth.  Rental income from real estate is once again creating a cash flow asset because you are being paid to hold the asset.

So, there’s seven streams of income that most millionaires commonly share according to this IRS study and really multiple streams of income should help you grow wealth faster it can also add diversification so if one of those fails the others have the potential to pick up the slack. Remember you can’t really balance a one-legged stool there’s got to be enough legs around the stool if one takes damage or gets removed it’s not going to be a complete implosion. 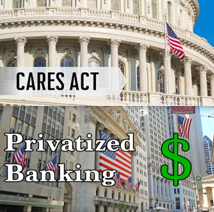